Pastor Luke Scheele began his ministry at Trinity Lutheran Church in July of 2019 after completing his Master of Divinity degree from Concordia Seminary, St. Louis. Prior to seminary, he received an undergraduate degree in Electrical Engineering at the University of Missouri - Rolla and was commissioned as an officer in the Air Force through Air Force ROTC in 2007. Pastor Scheele is married and has five kids who keep him and his wife very busy.

In the Air Force, Luke was first stationed at Tinker Air Force Base (AFB) in Midwest City, OK, a suburb of Oklahoma City. While stationed there, they were blessed to be part of Good Shepherd Lutheran Church in Midwest City. It was at Good Shepherd where he first realized that his life after the Air Force was not going to be spent as a civilian engineer, but in serving the Lord through the pastoral ministry. Luke spent almost his entire time there as an Elder helping with the Board of Education and eventually serving as Youth Group Leader. After finishing his time in Oklahoma City, he and his wife moved to Champaign, IL so that Luke could complete his time in the Air Force as an Air Force ROTC instructor at the University of Illinois.

At the University of Illinois, he taught the Air Force cadets about leadership, communication, and all things Air Force. During their time in Champaign, they joined with St. John Lutheran Church in worship and fellowship. Through all of this, Luke continued to feel God calling him into the ministry. He served as a Trustee at St. John and helped with various tasks around the church and school’s property. Finally, he and his family made their move to St. Louis and Luke started Seminary that fall.

While at Seminary, Luke continued to grow in his knowledge, love, and appreciation for Christ’s church. After finishing his first two years at Seminary he received a Vicarage placement to serve under Pastor Hartwig at Our Redeemer Lutheran Church in Iowa City, IA. Once again, he had an amazing experience and felt overwhelming joy at the love and support the Our Redeemer family showed him. Once he finished vicarage he and his family returned to St. Louis and spent the final year of Seminary finishing up his remaining classes.

Pastor Scheele enjoys teaching, preaching, and getting to know the members of Trinity Lutheran Church and the community. In their free time, Pastor Scheele and his wife enjoy taking their kids hiking, camping, and exploring. 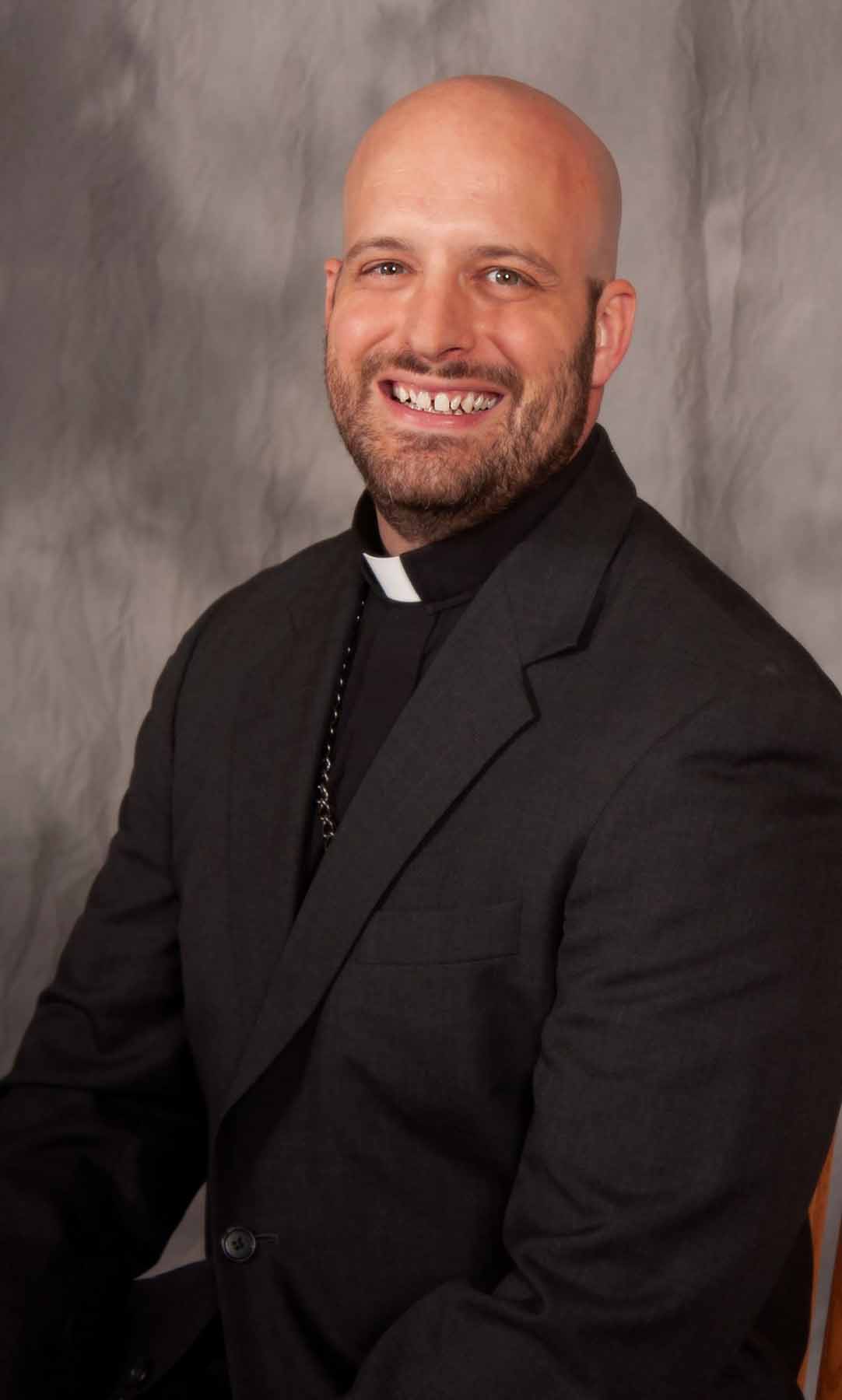